Lifestyle Blog Hoping to Inspire the “Crafty Cat” in You!

I don’t know about all of you guys, but I think a lot of the shows currently on television are just… not good. Either a repetitive concept (SO MANY singing/talent competition shows!), the acting is subpar, or they’re just generally obnoxious, overly goofy, and annoying. It often seems like they’ll just put any trendy thing at all on tv. So I honestly tend to watch old episodes/seasons of shows from years past more than anything else. There’s just something about having a familiar and comforting show to watch, especially during everything that’s happened over the last few crazy years. Plus, with many of us spending more time at home with Covid and quarantines going on, it’s been a good time to catch up on shows we otherwise might not have time to watch. Here’s my list of  “7 Shows from the Past that You Should be Watching!”

7 Shows from the Past that You Should be Watching 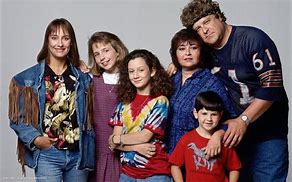 Showing the realistic, gritty, everyday struggles that lower- and middle-class families often go through, “Roseanne” was a refreshing departure from the usual fare. Not everyone on screen was perfect and skinny, with fake body parts, and living perfect lives. There was family drama, job loss, problems at school, economic hardship, death, unplanned pregnancy, and more.

And all acted brilliantly by an exceptionally talented cast, with moments of seriousness and sadness, but with a lot of laughs as well! 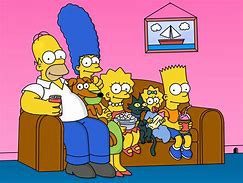 Yes, this show is still on the air! But really, if we’re being honest, the first 10-12 seasons of “The Simpsons” are probably the best. (And if you spend any time on social media pages related to the show, you’ll see that this is a very common opinion.) Somehow, the show and its humor almost seem more timeless and classic in those early years, if that makes any sense?

Even though I’ve seen many of the early episodes many times, they always still make me laugh. I frequently seem to find Simpsons-related quotes and references making their way into my everyday conversations. And it’s interesting to see how many of the infamous “Simpsons Predictions” have come true in real life! After 30+ years, the Simpsons are still America’s favorite animated family. 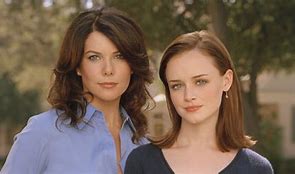 The cozy, New-England small-town vibes are impeccable, and establish “Gilmore Girls” as the perfect “comfort” show right from the start. Lauren Graham and Alexis Bledel have excellent chemistry as young single mother Lorelai, and her teenage daughter Rory, respectively.

The rest of the ensemble cast are all excellent as fictional Stars Hollow residents, each quirky and funny in their own unique way. If you’ve ever lived in a small, tight-knit community, you probably know at least a few people who are comparable to the characters on this show. Scott Patterson is especially dreamy as Lorelai’s friend, and future love interest, diner owner Luke Danes. And the veteran actors who portray Lorelai’s traditional, upper-class parents, the Gilmores, play their roles to perfection.

I will admit, I don’t enjoy the show quite as much in seasons 4-7, once Rory leaves to attend Yale University. The show seems to be at its best when Rory is still in her high school years, but that’s just my personal opinion. And there are plenty of great Lorelai storylines in the later seasons, including when she opens her inn, and finally starts dating Luke! 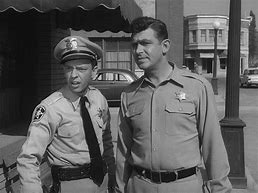 “The Andy Griffith Show” was a look into a mostly idyllic small-town life in fictional Mayberry, North Carolina. The show’s namesake portrays likeable town sheriff, Andy Taylor, a widowed 30-something father, with a young son named Opie. In the beginning of the series, Andy’s Aunt Bea moves in to help take care of the house, and the boys.

Floyd the barber, Otis the “town drunk”, and Andy’s bumbling (but well-meaning) deputy Barney Fife are just a few of the eccentric characters who call Mayberry home. And possibly due to the era in which the show aired, there was never really too much trouble in Mayberry. (You never see anyone get murdered, for example.) The show did deal with some serious issues occasionally, but they seemed to be handled in a family-friendly way.

It’s definitely a show that brings to mind “simpler” times, and makes you want to take a picnic basket down to the lake and do some fishing! (Whistling the infamous theme song is optional!) 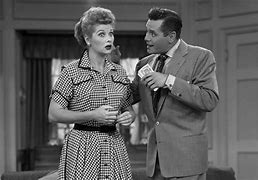 Who doesn’t love Lucy? No comedienne has even been quite as good as Lucille Ball in terms of personality, expressions, comedic timing, and chemistry with co-stars. Of course, it helped that one of those co-stars was her husband, Desi Arnaz- who was, arguably, just as funny as Lucy. Their mastery of physical comedy especially is unmatched.

Fred and Ethel Mertz were perfect counterparts (and frequent accomplices in one zany scheme or another!) as landlords/best friends to the fictional Lucy and Ricky Ricardo. And speaking of schemes, there sure were plenty of them! Whether it was Lucy trying to figure out a way to get into Ricky’s nightclub act, covering up her financial misdeeds, or starting a husbands vs. wives battle of some kind.

I think one of the best things about the show is its timeless quality. While some aspects can seem dated in retrospect, I don’t believe it really detracts at all from the show itself. Even 70+ years after it premiered, “I Love Lucy” is just as hilarious as ever and can be enjoyed by even the youngest viewers. 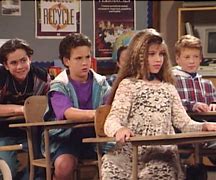 Of course, I had to include a show from my adolescent/teenage, T.G.I.F.-viewing days (if you know, you know!). “Boy Meets World” is basically a coming-of-age story, featuring Ben Savage as Cory Matthews, who is seen to be in 6th grade when the series begins. He’s basically just trying to figure out who he is, how the world works, and where he fits in.

Cory is a smart, sarcastic, slightly nerdy “class clown”. His longtime best friend is Shawn, a self-proclaimed “trailer park kid”, who is often in some kind of trouble. Cory’s love interest throughout the series is Topanga, who becomes his wife prior to the last season, while they are attending the fictional Pennbrook University.

And of course, there is the infamous/iconic Mr. Feeny, Cory’s next-door neighbor, trusted advisor, and teacher for most of his life. I’m guessing most of us who watched learned more than a few lessons from this wise gentleman! That was part of the appeal of “Boy Meets World”- the characters faced realistic, relatable struggles. And while there were plenty of funny, lighthearted moments, the show didn’t shy away from tackling tough issues either. 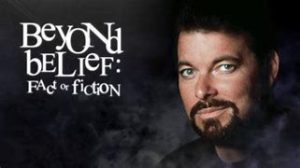 This show isn’t always the most well-known, but it’s definitely one of my favorites. The basic premise was that they would have about 5 or so stories per episode, all with some aspect of the supernatural, ghosts, mysterious coincidences, etc. And the viewer was asked to decide whether each story was entirely fictional, or was in fact a true story that had really happened.

At the end of the program, they do a recap and would reveal which of the stories were true, and which were fiction (hence the name of the show!). And often, the fiction stories were actually a retelling/interpretation of an urban legend. It was always fun trying to guess which stories were true, though. Even the weirdest ones had just enough believability to them, where you frequently second-guessed your decisions!

And of course, there were host Jonathan Frakes’ entertaining, rhetorical-question intros, and corny puns that he would throw out at the end of each story. Even rewatching all these years later, I still get a good chuckle out of them, and the other sometimes-cheesy aspects of the show.

So that’s my list of 7 shows from the past that you should be watching right now! What are some of your old favorites that you think everyone needs to see?

If you liked this post about 7 shows from the past that you should be watching, here are a few more posts you may enjoy:

Born and raised in Las Vegas. Lived in NY and MT for a time as an adult, but now back home in Sin City. Living the single, childless life for the time being. I have been passionate about crafting, DIY, decorating and design, travel, and so much more, for my entire life, and wanted to create a platform where I can share all of these things with you! I hope you enjoy spending time in my little corner of the internet! :) 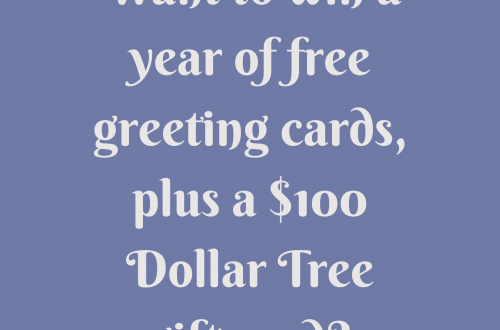 Win a Year of Hallmark Greeting Cards and a $100 Dollar Tree Gift Card! 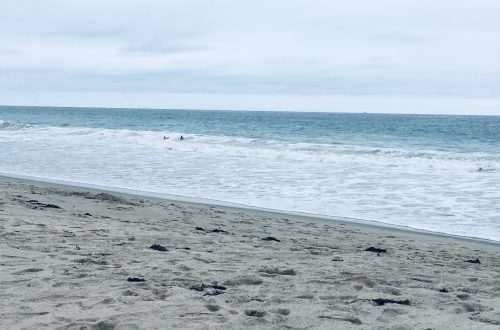 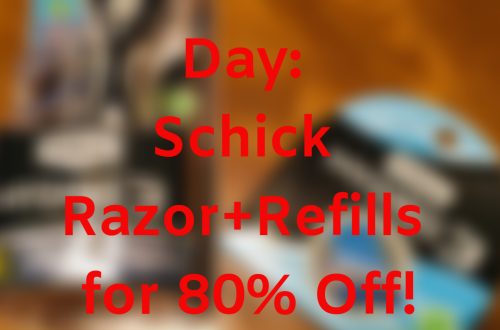